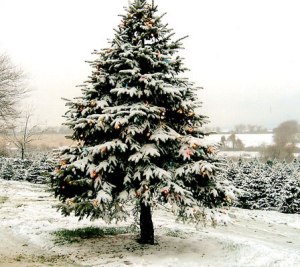 Dreams can be like that wonderful Forrest Gump saying about life and boxes of chocolates, you never know what kind you will get. Beyond the standard, dream versus nightmare connotation. You have, the one’s you remember and the one’s you wish you could remember, the one’s you wish you never experienced, and pray you could forget. Good and bad dreams, fall under that last one. Especially some of the dreams that God gives you. That’s not to say that a good dream from God is bad. I would imagine that if God gives you a dream there is a purpose and His purposes are always good. But, they can be good and yet at the same time, difficult to handle. But, then there are those dreams that are just plain fun! That was this one.

Walking in the forest is always intriguing. There is always something attention grabbing just around the next corner. I was exploring this forest. The sun soared overhead, punctuating a clear blue sky sparsely dotted with mountain clouds. It seemed to be that kind of perfect day where the word hurry would never be found. So I wasn’t. . . hurrying.

Then I heard a ruckus up ahead and higher up on the mountain. So I decided to check it out.

It seemed that they were in the process of having a party! I could hear them talking to each other, but in a language I couldn’t understand. Anyone, however, would have understood the joyous ruckus they were involved in. It was a Christmas Flocking Party. Each of the trees wielded a large can of pressurized tree flocking. It was obvious that a major battle was to ensue. It reminded me of the days we would buy cans of silly string for my kids to have string fights on their birthdays.

The melee commenced and the trees began to battle it out on the slopes of the mountain. I had to cover my ears as their laughter was extremely loud. Which, is what one would expect from such large and boisterous trees. Staying out of the way of them turned out to be an equally challenging chore.

You might think that staying out of the way of a tree wouldn’t be that hard. considering they are trees, and trees aren’t known for their nimble-footedness. You would be wrong. My two dogs don’t move any faster than these trees were moving.

The looks’ on their faces as they plastered each other with the flocking, caused joy to rise up in me as well. I found myself forgetting the danger and I ran out amongst the trees laughing and dodging around them as they fought, grabbing big globs of flocking and throwing it at the trees. These were grown trees yelling and laughing and giggling like little kids.

Eventually, their cans stopped spraying. Everyone including me was thoroughly covered in white.

Then as I watched, the trees began running further up the hill where they all lined up in neat rows as if each had a reservation in the amphitheater of creation. At that point they all turned and looked at me and explained that, “Trees like the steep sides of the mountain. Because, they all can get an equal share of the sun!”

Each of their faces were radiant with joy. And, they looked at me as if they expected me to understand what they were saying this time. Almost as if what they had said was the main point of the dream.

I am a radical spirit filled Christian. I live in the great little city of Chico California with my best friend and wife Nancy. We have had the joy of 3 children Trevor, Justin, and Lauren. My passion is writing and researching the things The Lord of ALL shows me. He has the most amazing imagination and sense of humor. I hope I can accurately portray those for you. View all posts by Derek Hastings