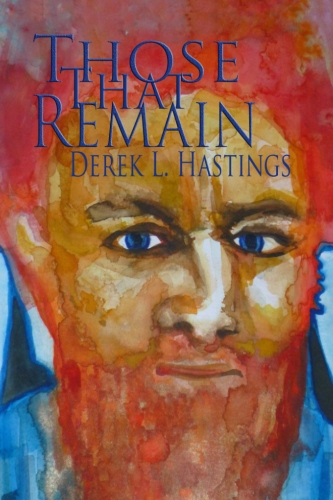 After almost five years my novel is now available on Amazon. I know that many of you that actually take the time to read my blog have been waiting for me to get my act together and get this done.

Well, here it is. It is finally here.

Those that Remain is the first in the Grail Fellowship series. It is just over four hundred pages long in paperback. I haven’t explored the option of publishing in Hard Cover yet. Nor have I thought about the possibility of releasing an audiobook.

Obviously, I would hope that this book would sell well, and I will be doing my best to market the book on my own. But, if you buy the book and read it I would request that you take the time to review it on Amazon. (of course, only if you like it. 🙂  )

Last night at about fifteen minutes before the two A.M. “Spring Forward”, I was given a vision. I had been to the bathroom and upon getting back into bed and closing my eyes, I saw a massive eruption of light. Earlier this morning I characterized it as a fountain, but this was no fountain. This looked like pictures I have seen of volcanoes erupting. It blasted out of the ground with the same force of SpaceX’s Falcon Heavy launch vehicle.

But instead of fire or a column of burning ash, there was light! Probably the best description is of water being released from a dam when there is too much water from a long winter of rainfall. The sound of that much water exploding from the opening of the dam is deafening. But, there was no sound with this explosion of light.

The Light exploded upwards as far as I could see, and there were defined columns of light making up the whole, almost as if there were different streams of light within the release. As the light poured out of the earth (not sure if this was actually the Earth. There was a bottom and a top to the vision. The light started at the bottom and blasted to the top), small strands of light peeled off from the main column and exploded in every direction. Some of these strands looked like sparklers on the Fourth of July, and some looked like fireworks. But, it was spectacular.

This part of the vision only lasted as long as it took for me to realize that this was a vision. As soon as I realized this, the vision changed.

The vision shifted from the volcano of light, to what I would describe as a jumble of images being tumbled in a maelstrom of liquid light. There were people and faces and cars and houses all tumbling around in this big washing machine of light. If you have ever stood under a waterfall; or swam under a waterfall, that would be the same sensation. A powerful pummeling of water that grabs you and pulls you under until you can get your feet back under you.

Then the vision changed again. I was seeing a city street from across a small neighborhood park. The entire city was under at least forty feet of this liquid light.

Then I woke up and began to write the vision down. I started writing at 1:54 A.M., and when I next looked at my phone it was 3:11 A.M. Two A.M., of course, having been erased by DST (Daylight Savings Time). Later I thought that getting that vision right before the time change could be significant. But, I have no clue what that might be.

Instantly I asked The Lord what I had seen. I heard that I was seeing the release of the Purity of Heaven being poured out. The pure light of Heaven, that seemed to be in liquid form, flooding the land with the Holiness & Purity that brings healing and conviction of sin.